At Netflix, I spent roughly three years spearheading title creative strategy, development and design on app for Netflix Original Series. On the product creative strategy team, my focus was to build the visual world of a title on the Netflix App (Mobile, Desktop, TV). My goal was to create compelling imagery and video throughout all touch points of the user experience to incentivize viewers to watch content that would most interest them through personalization and testing. Strategically I always considered both the canvas the image or video would live within and the member journey, optimizing every visual for the behavior of the viewer. Some of the titles I worked on are listed below with a few fun visuals.
TITLES:
Anne With An E, Annihilation, Berlin Station, Bonding, Collateral, Derry Girls S1 & S2, Dynasty, Easy S2 & S3, Fauda S1 & S2, Glitch S1, S2, Godless, Good Girls, Lunatics, Pose, Secret City, Sex Education, The Sinner, Slasher, Tales of the City, The Defiant Ones, The End Of The Fucking World, The Good Place, The Politician, Travelers, Trinkets, Unsolved, Wanderlust, Wanted S1 & S2, What If, You 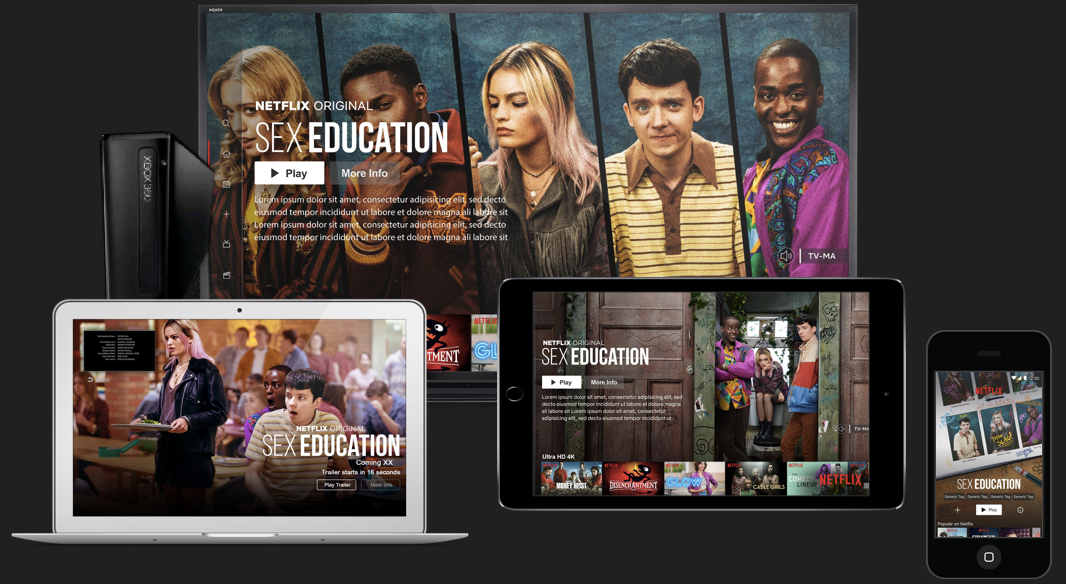 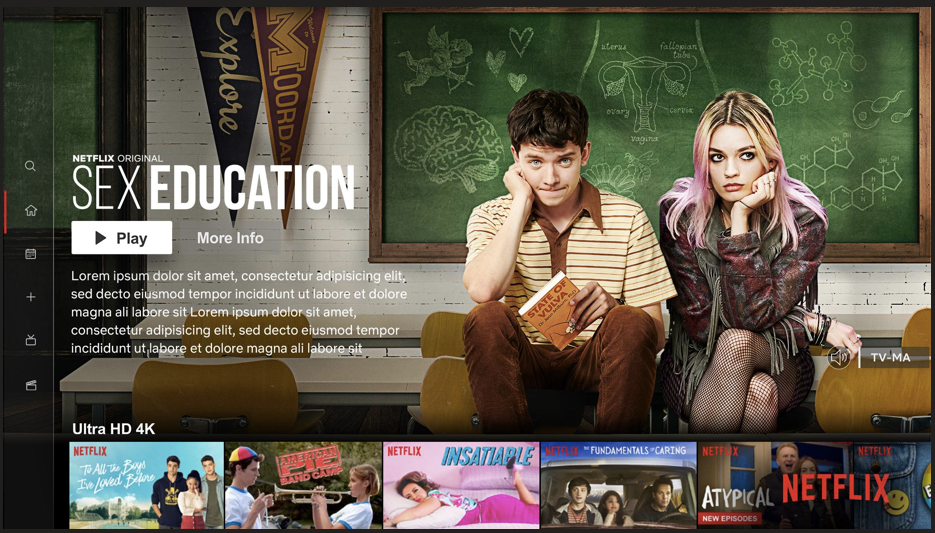 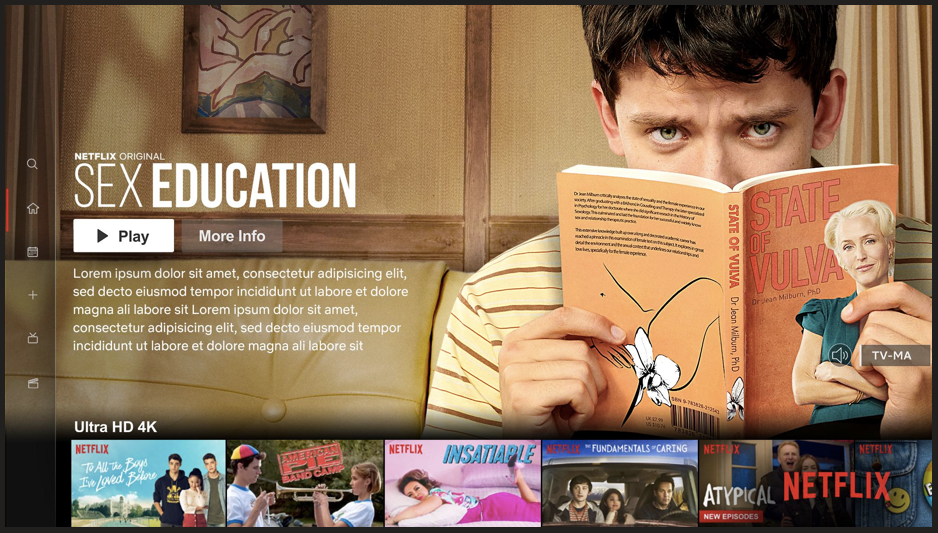 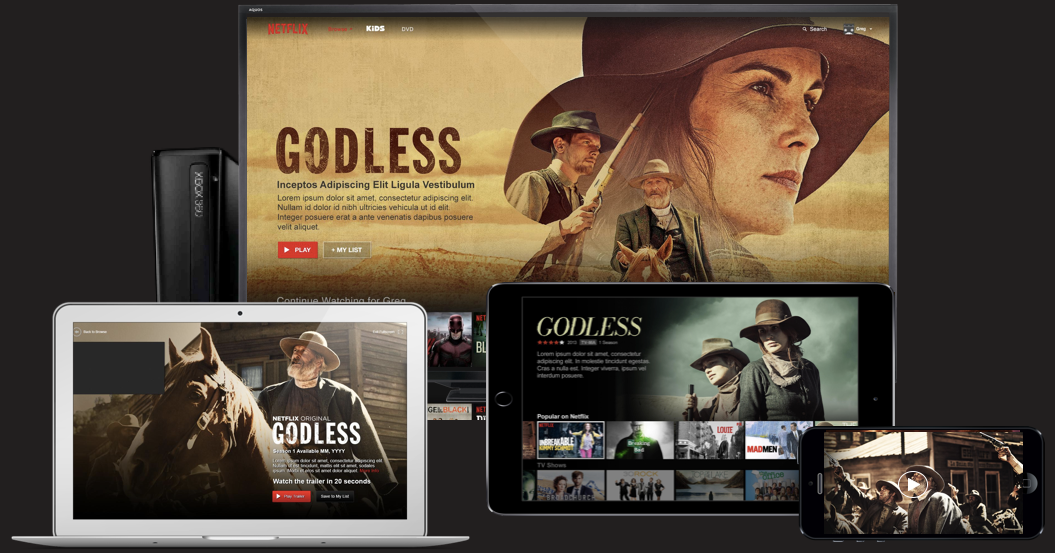 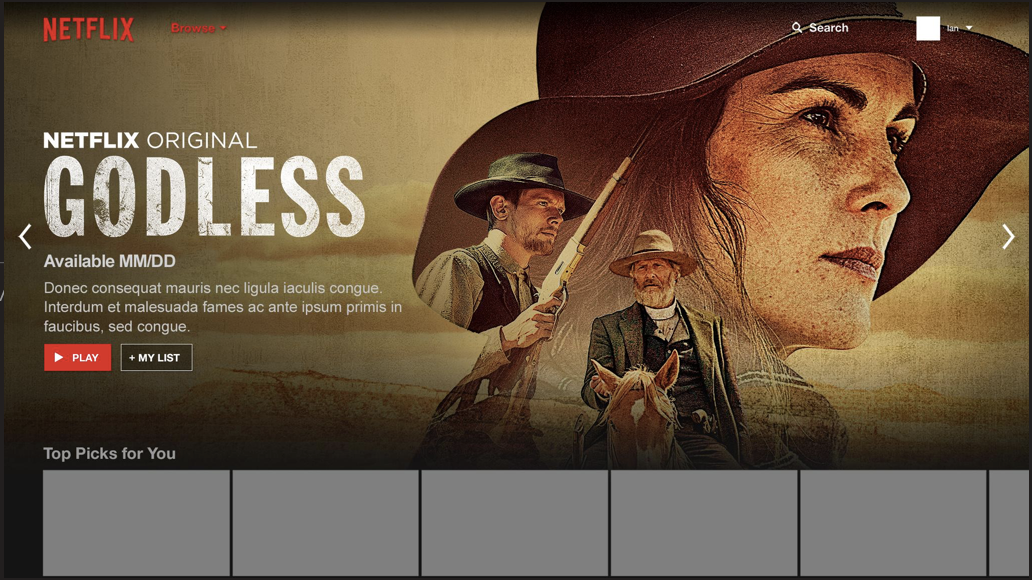 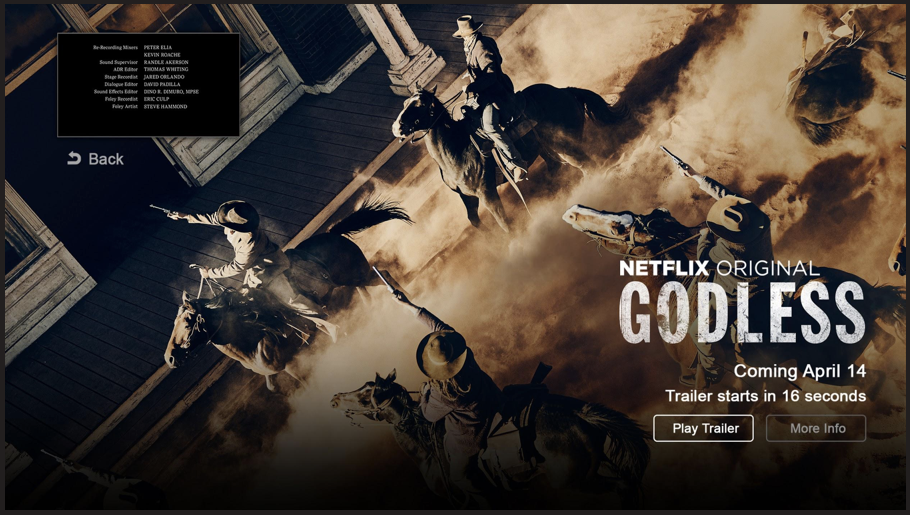 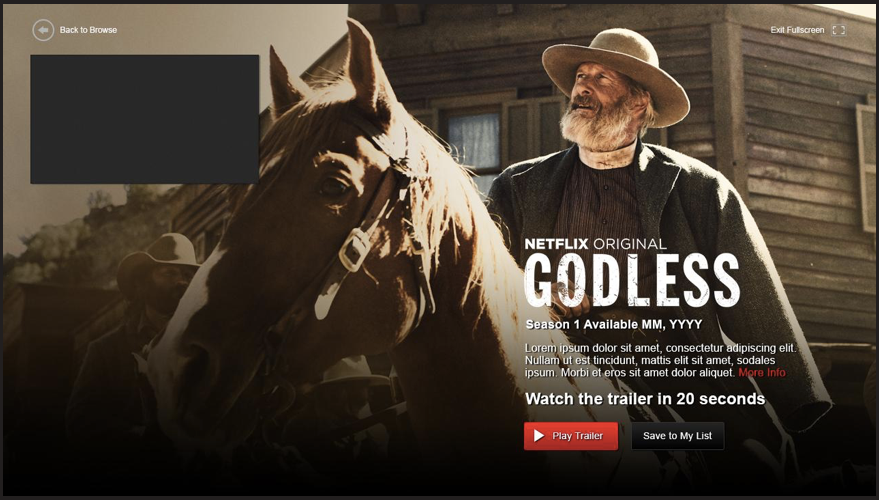 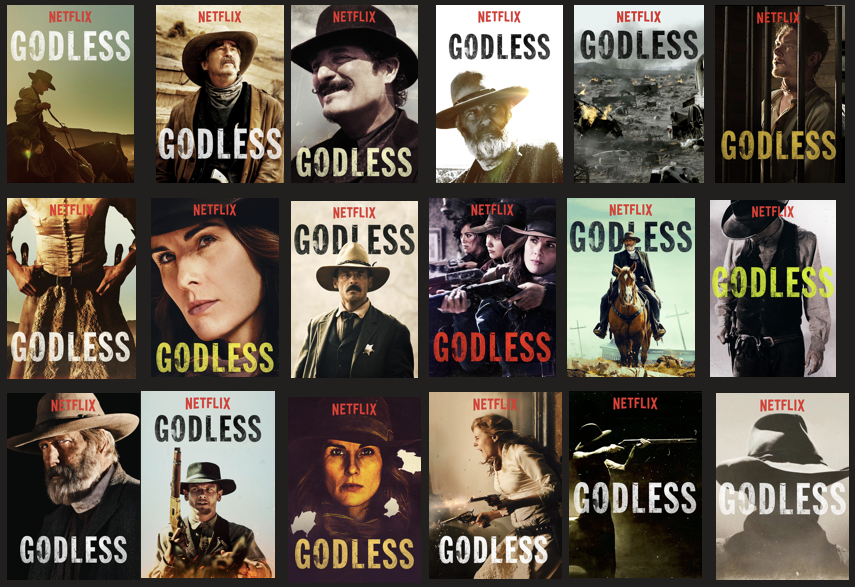 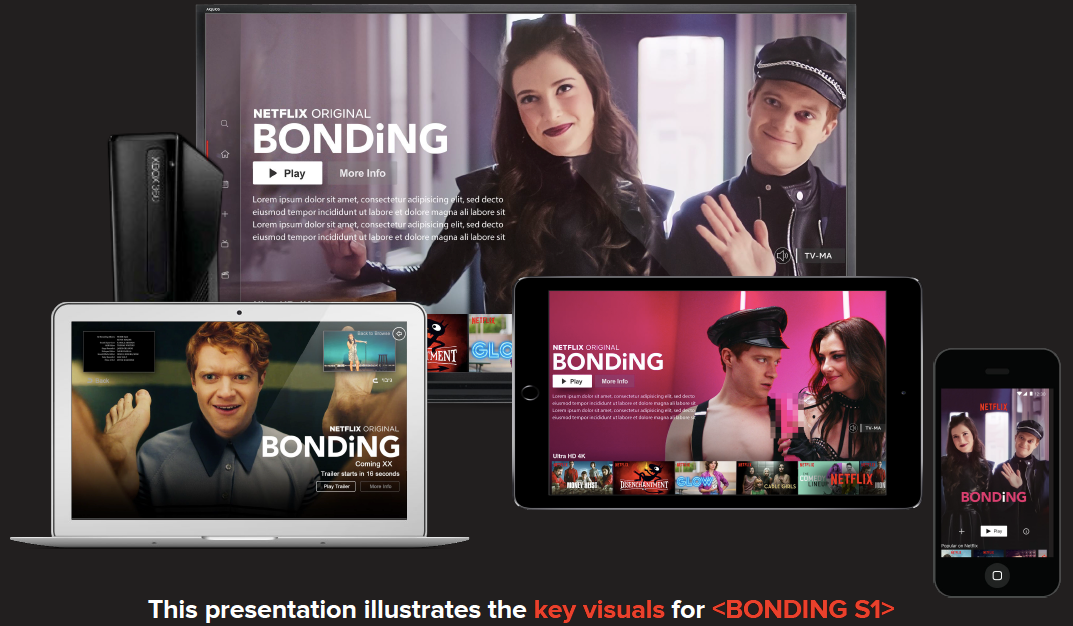 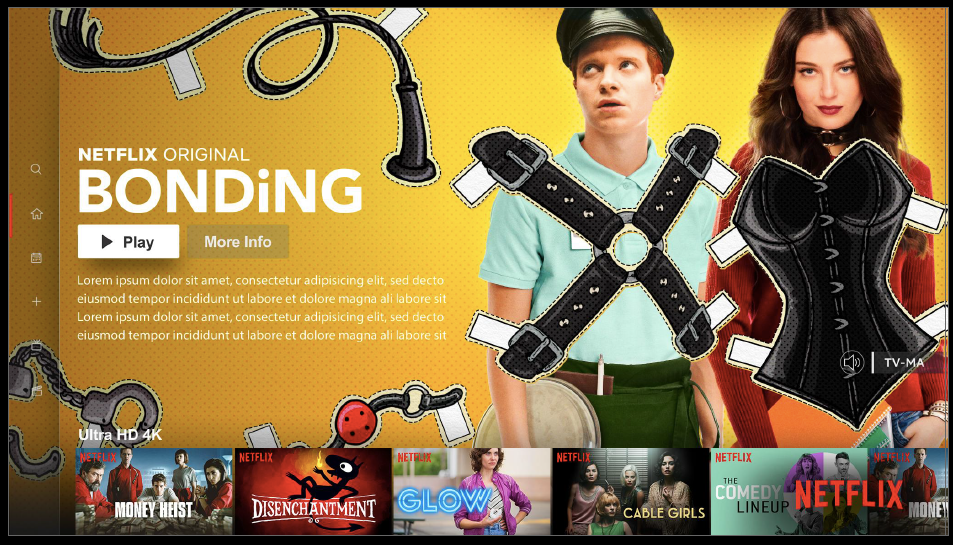 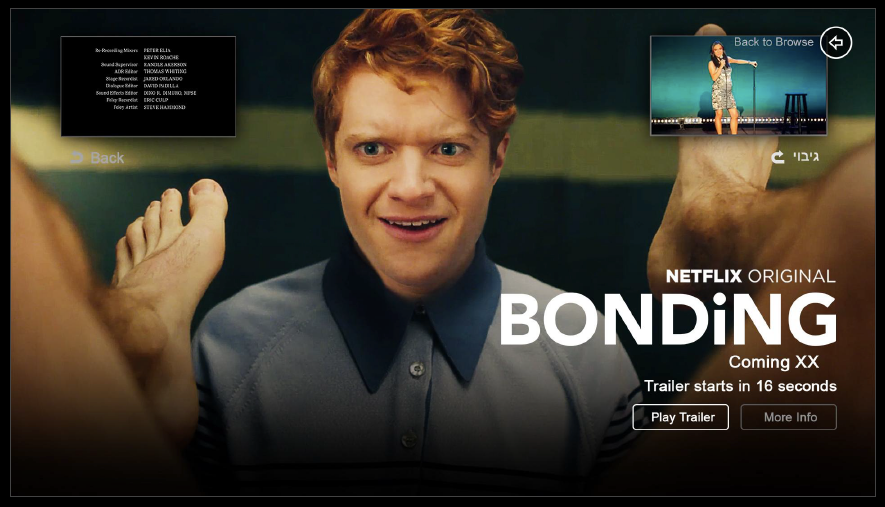